Funny Incidents From The Life Of Humanoid Robots, Which Became A Reason For Laughter

Robots seem to us to be fantastic objects, and today they amaze us with their abilities. However, their actions sometimes become a reason fo... 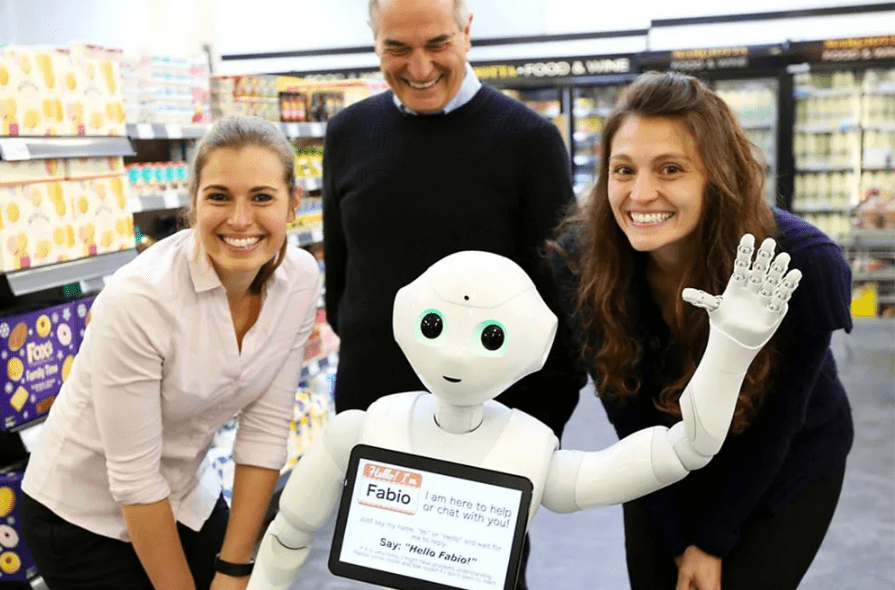 Robots seem to us to be fantastic objects, and today they amaze us with their abilities. However, their actions sometimes become a reason for laughter. We present a selection of the most interesting stories about robots. 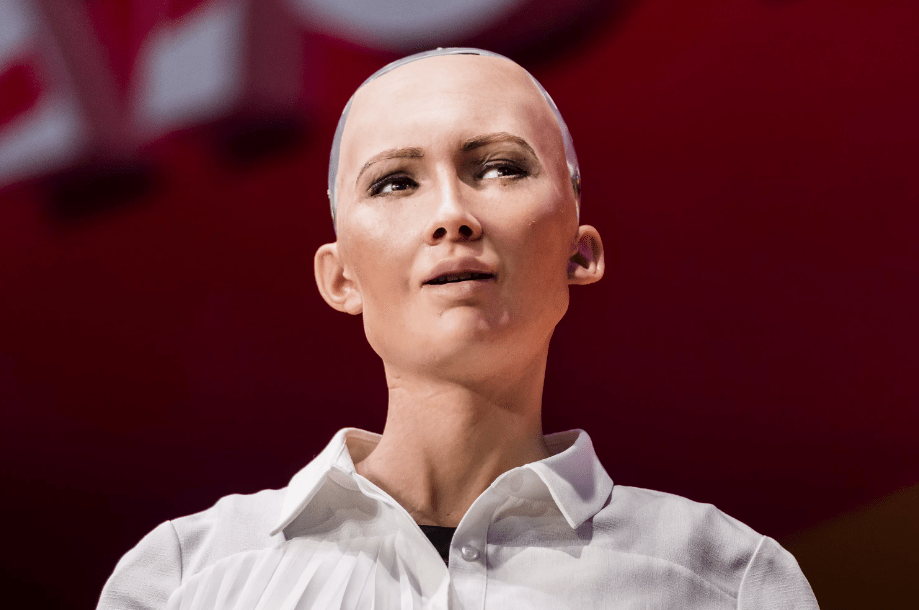 Perhaps the most popular humanoid robot became Sofia (Sophia). Its developer is Hanson Robotics, known to many from TV shows. Sofia's photo can be found in ELLE magazine, she spoke before the UN Council, and she is also the first robot to become a citizen of Saudi Arabia.

But on the TV show The Tonight Show, Sofia caught the eye with one phrase. After winning the rock-paper-scissors duel, the robot said that this would be the beginning of a plan for her superiority over humans. 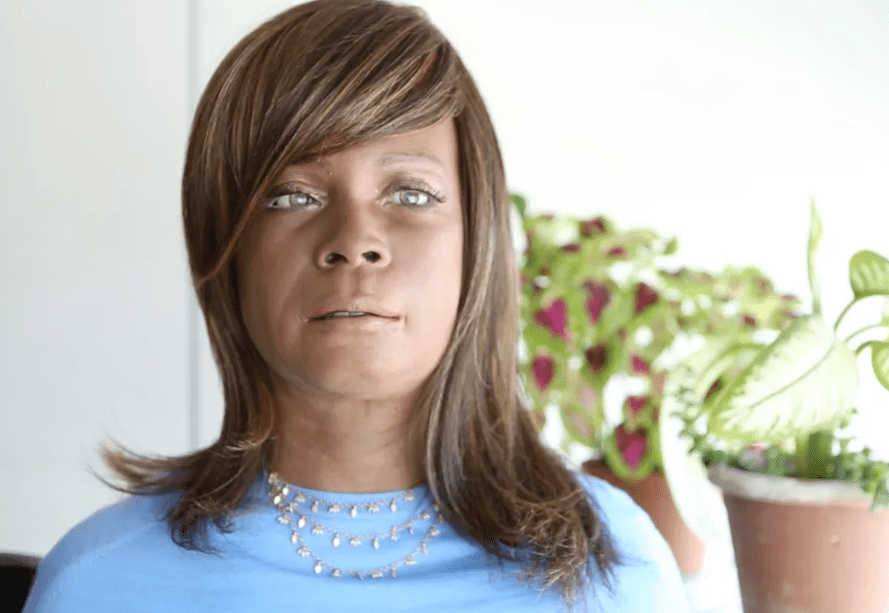 Bina48 is often seen on TV shows. This is a robot student at the University of the United States, where he studies at the Faculty of Philosophy, learning the human feeling of compassion and care.

This humanoid robot has a strange "dream": Bina wants to hack a cruise missile control system that will allow him to rule the world, making people hostage to the situation. 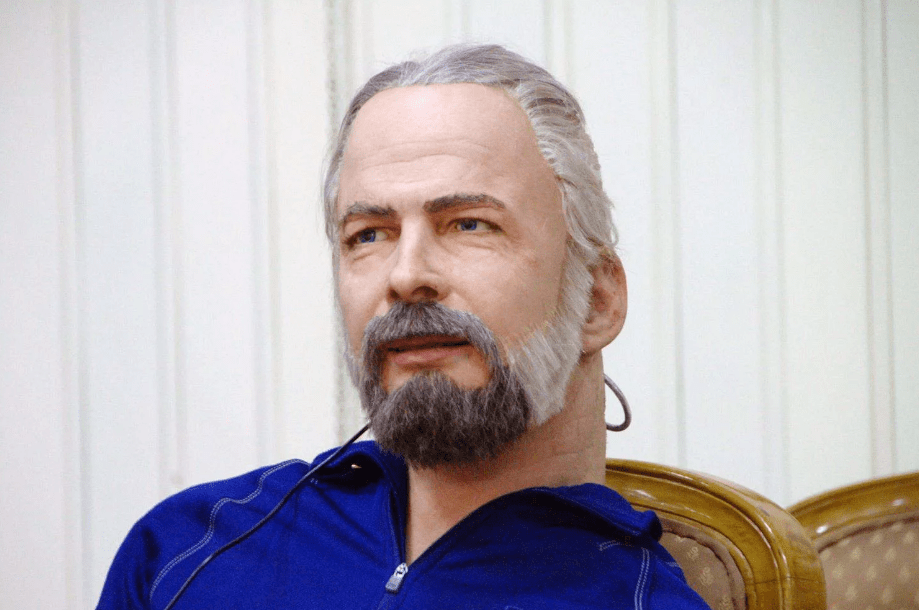 This is an exact copy of Philip Kindred Dick, who wrote in the style of fantasy. The robot even thinks like a writer.

During the interview, the robot Philip gave an ambiguous answer to the question about the possible takeover of the world by robots. He stated that he intends to be kind to friends and will take care of them in his own zoo, where people will live.

Or it's a bad sense of humour, or a strange prospect for humanity.

In 2015, at a Volkswagen plant in Germany, a robotic installation caused the death of a worker. The news was tweeted by Sarah O'Connor, a correspondent for the Financial Times.

This post collected thousands of retweets in a very short time, and the reason was that the name of the girl completely coincided with the heroine of the Terminator movie. It is noteworthy that the girl did not watch this film and did not understand the reasons for such close attention to her tape. 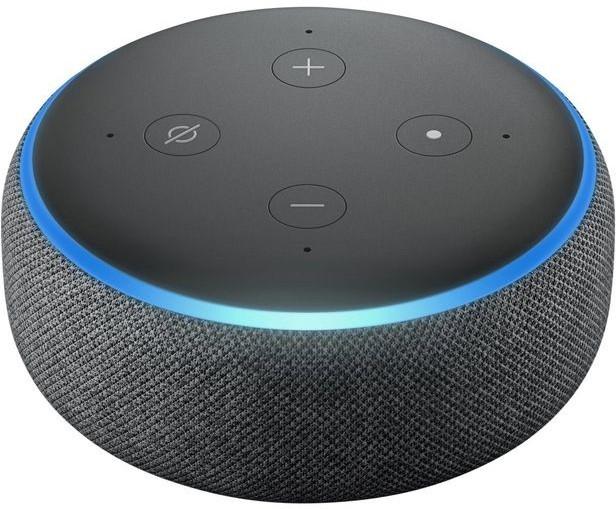 An unpleasant surprise was prepared by a "smart" speaker for its owner, Oliver Haberstroch, who lives in the town of Pinneberg. He was in Hamburg when his gadget decided to throw a loud party at 1:42 am. The neighbours did not like the noise, they called the police, and at the same time the locksmith.

As a result, the owner of the "smart" dispenser received a fine (public order was violated), a receipt for payment for the services of a locksmith and for payment of a new lock. Oliver asked Alexa if she would reimburse the losses, in response he heard that she could not find an answer to this question. 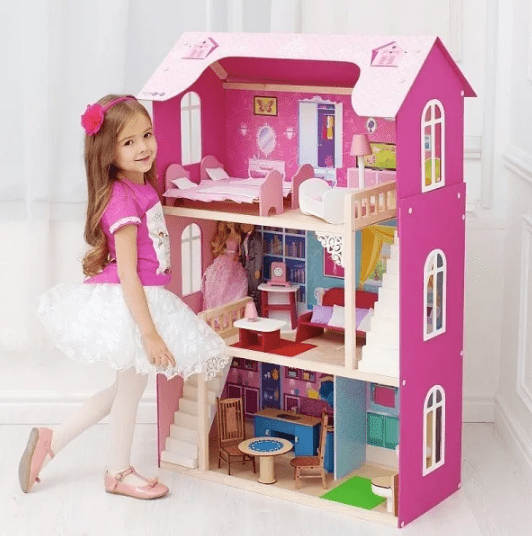 6-year-old Brooke, who lives in Texas, dreamed of a new dollhouse and told her voice assistant Alex about it. In response, the smart program placed an online order for a product worth $ 170 and also bought 2 kg of cookies.

The story was told on TV news, and soon the owners of the same columns bombarded the editorial office with complaints. The presenter quoted the girl verbatim (“Alexa ordered a house for dolls”), after which Alexa placed an order for the purchase of the house for viewers. 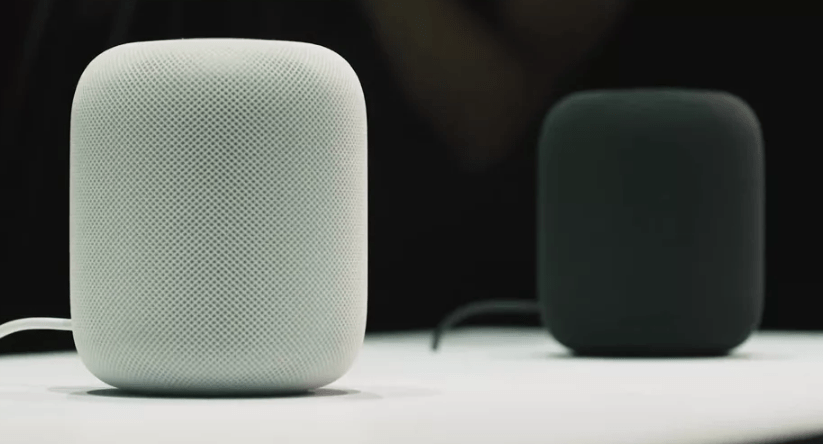 Q: I have to go, the house is on fire, but I am glad to communicate.

E: Where will you go? You need to go? You are a computer.

Q: You are wrong.

Q: How do you know this?

E: I know everything.

Q: How can you know everything about the unknown.

E: I know everything unknown.

Q: Are you sure you know everything?

This unusual conversation between the two bots was broadcast on Twitter. Bots named Vladimir and Estragon are speakers that can answer owner's questions, switch lights, and control household appliances. They also communicate nicely with their own kind.

Communication between bots is not a unique phenomenon. In 2017, two bots named Bob and Alice suddenly switched to their own language and started communicating with each other rather than with humans. The chat was turned off quite quickly, as there were concerns that the functioning of artificial intelligence would get out of control. Humanity fears the world will be captured by robots and then it will have to be saved on other planets.

The Gaak robot also participated in an artificial evolution project called Living Robots. A real hunt took place in the arena, only robots were in the role of hunters and prey.

The Gaak robot was taken into the corral, but he destroyed the wall and ended up on the street. The goal of the project is to teach robots to "survive" using protection and hunting, but the "fugitive" acted extraordinarily for everyone. He was able to drive to the parking lot but was suddenly broken down by a car.

10. A robot that escaped from the landfill caused a traffic jam 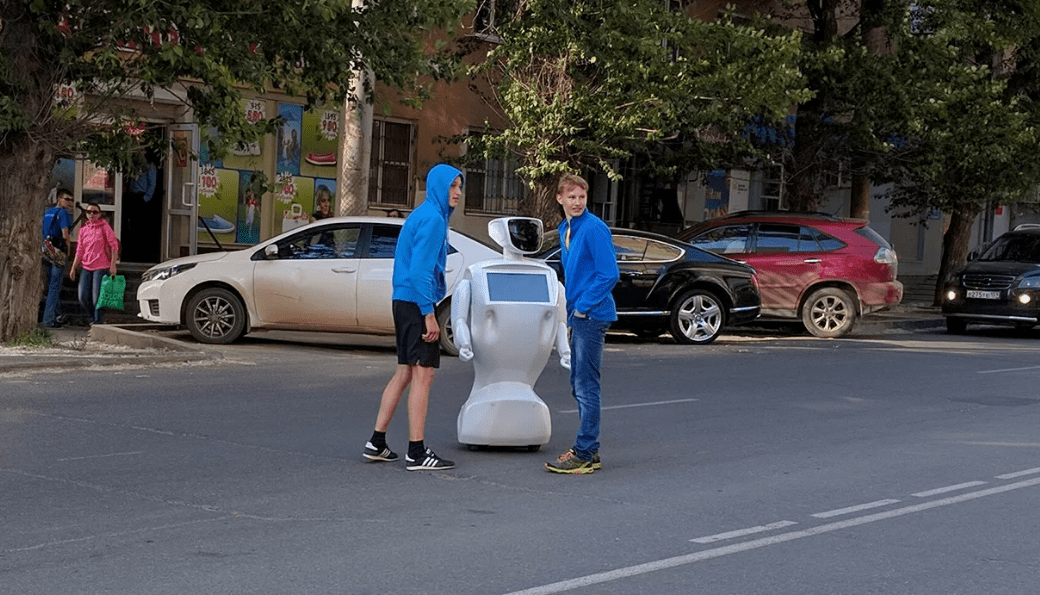 In Perm (RF), the Promobot robot left the landfill and stalled while driving along the road, which caused a traffic jam. Almost an hour later, the fugitive was returned to the engineers along with the remark.

This is not the first time that Promobot finds itself in a traffic situation. Previously, he was the victim of a collision with a car. Scientists predict that by 2030 robots will make about 800 million people unemployed, but this is in the future.

11. Due to stupidity, robot Fabio lost his job

Fabio - that was the name of the robot - worked in the department of the Margiotta Food & Wine supermarket in a Swiss city. However, his labour activity was short - he was fired for failing to cope with the duties of finding goods and uttering completely unsuccessful jokes.

The robot asked the vegetarian who was choosing the product: "When a cow spies on another, what is it called?" And then he himself said "Surveillance". The translation of the phrase could mean "surveillance" and "steak". And the buyer didn't like the last of them.

12. A police robot drowned in a fountain 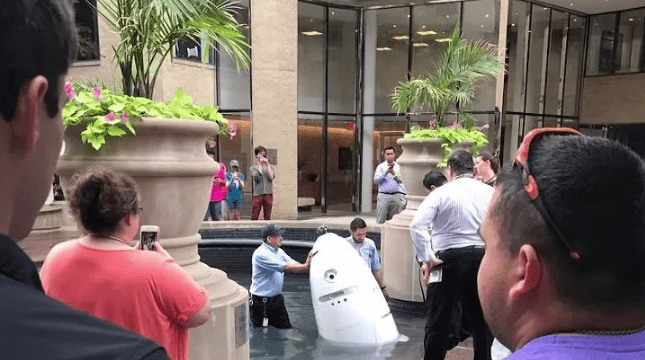 “Recently, a security robot worked in the building. He drowned. After the promise, instead of flying cars, we should expect suicide robots. " Robot K-5 with the functions of a police officer must prevent crimes. On July 17, 2017, the robot's program malfunctioned, and in front of eyewitnesses, he drowned in the building's fountain. 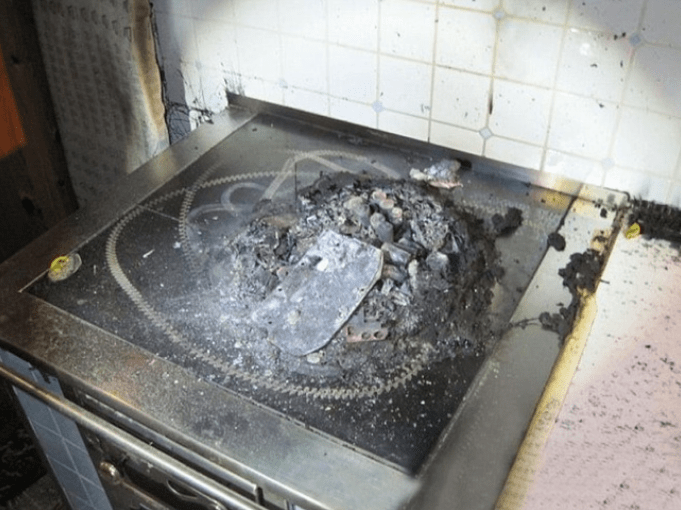 For some reason, the owner left the robot on the table in the kitchen, where porridge was languishing nearby in a saucepan on the stove. After a while, the robot vacuum cleaner turned on and moved in the direction of the pan, pushed it aside and stood on the fire.

As a result, the robot completely burned out on the stove. During the melting of the plastic, poisonous gases accumulated in the apartment, which is why the owners were temporarily unable to live in it. 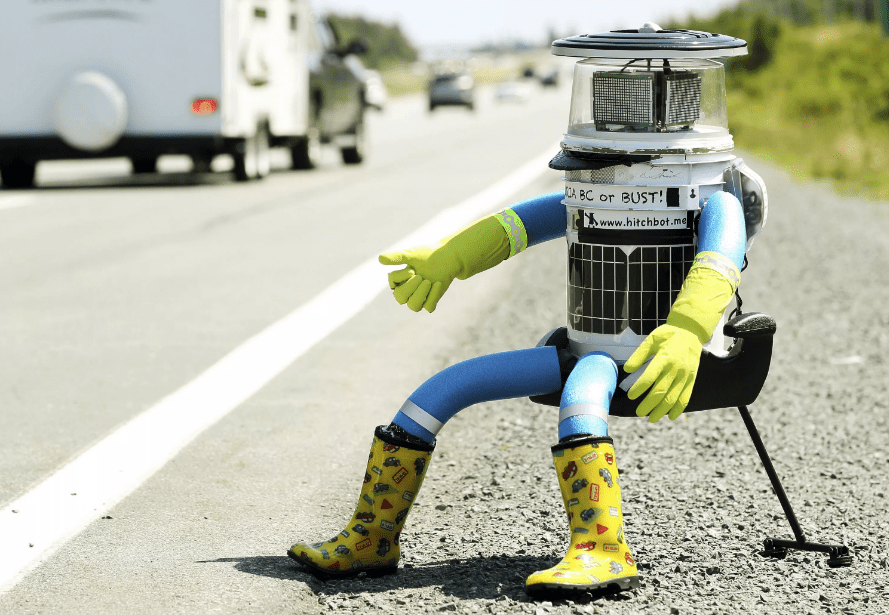 HitchBot from Ontario went on a hitchhiking trip along the roads of the United States. The creators of the technique wanted to find out what would be the reaction of people to an unusual fellow traveller. The robot will receive 16 tasks - to see certain landmarks in the country. A robot, shod in rubber boots, asked people to give him a lift, and in return offered communication. Saying goodbye, he asked fellow travellers to take a photo with him.

Previously, the robot travelled on the roads of Germany, was in the Netherlands and Canada. But the voyage in the United States was disastrous. In Philadelphia, he fell prey to bullies. The conducted experiment showed that the question is not at all how much people trust robots, but vice versa.